Khanna is a growing city and it has been on an accelerated speed of progress and development. With the advent of technology, Khanna has seen progress in all fields and sports is one of those fields, where Khanna, is slowly but steadily progressing. Though, there is a scope of development in terms of facilities for encouraging sports persons, the recent development in infrastructure is a positive sign for Khanna, where the government and the administration are taking keen interest in investing money to build stadiums and other sports facilities in Khanna. With passing time, the people of Khanna, are getting more health and fitness conscious, due to which, they are keen to pick up sports as a form of exercise and stress relieve.

Like the rest of India, cricket as a sport is a passion in Khanna as well and there are some other sports in which people participate like lawn tennis, kabaddi, Kho-Kho, football, hockey etc. The locals of Khanna, indulge a lot in street games of football and cricket. The kids in Khanna, get professional training in cricket from the nearby cities like Ludhiana, Chandigarh etc.

There are many sports clubs near Khanna and one of the famous sports club in Khanna is the BSN Sports Club. They actively indulge in arranging various sporting events and have announced a 8th Official annual half-marathon race event in the city of Khanna, in the month of November in the year of 2014. These clubs have memberships from the local residents of Khanna, who are sports enthusiasts and spend their holidays and free time in practicing some form of sports. There are regular visitors as well, who indulge in sports on a consistent basis. There are many sports clubs in nearby areas like Mandi Gobindgarh, Sirhind etc. which also have many locals of Khanna as members and they actively participate in enjoying sports in these clubs. 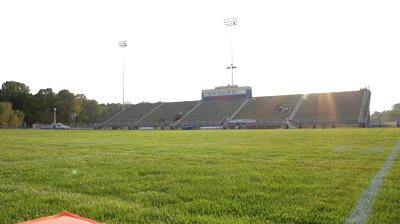 There are a few stadiums in Khanna, which are used for all sports events. Be it an annual day or a sports day, these stadiums are used to flag off such events.

Also, there are local tournaments in the form of cricket matches and football matches, that sports enthusiasts and players participate in. The locals of Khanna, also love watching these games and they enthusiastically support and cheer their favorite teams.

Some of the popular stadiums in Khanna are as follows:

There are many stadiums which are situated very close to Khanna, in Mandi Gobindgarh, which is hardly at a distance of 3 kilometres from Khanna. Places like Macchiwara, Doraha etc. which are again at a stone;s throw distance from Khanna, also have some stadiums.

People in Khanna, also indulge in sports as a recreational activities. Open grounds and spaces in the residential areas of Khanna, often witness children playing their favorite game of cricket. On public holidays, the adults of the residential colonies also get together to have some recreational sports, like football matches, cricket matches etc. in these open spaces and have a great time along with friends and family by playing their favorite sports. During winters, people play a lot of badminton as well.

Also, the recent commercial establishments like the malls have various stores coming up in it, which specialize in sports accessories. One of the famous joints for recreational sports activities in Khanna is the Healthkraft Fitness,Wellness & Spa Center, which is in the Bandipur locality of Khanna. People come to this place to enjoy recreational sports and also indulge in fitness and wellness activities.

On an overall basis, the sports scenario in Khanna, is active within the local circuits. There is a scope to broaden the horizon of the sports scene, where children can take up sports as their profession and can get serious training to progress in their loved domain or field.