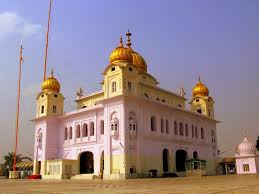 Khanna is an old town, which came into existence around 500 years back and is situated on the historic Grand Trunk Road, which is the National Highway Number 1, around 45 kilometres, Southeast of Ludhiana in Punjab. This city is situated on what is considered on the backbone of the state, which is the Amritsar and Delhi railway line.

Khanna, has witnessed loads of development in the last decade and the government is making all attempt, to make this "Grain Town" an economically viable and industrially sound town, which can then see ample amount of development, in real estate and other infrastructure. Thus, developing tourism is also on the cards and some of the places of historical importance has received great attention from the government, so that these old structures can be maintained and the rich historical importance can be preserved. 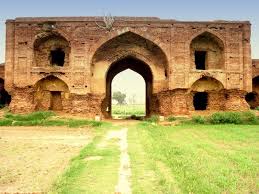 Places to see in and around Khanna

Here is a list of places to see in and around Khanna:

Sarai Lashkari Khan is located at a stone's throw distance of about 26 Kilometers from Ludhiana on G.T. road towards Khanna. The historical details talk about a Sarai that was built by Lashkari Khan and this is denoted on an inscription on a marble slab on the front main gate. It was in 1667 A.D. (in 1078 A.H) that a general of emperor Aurangjeb named Lashkri Khan built it. Sarai Lashkari khan is one of the most beautiful buildings with the four walls still present, though due to its age it has undergone some deterioration. The structure needs a lot of attention now and the vast enclosure, which ranges on each side to around 100 yards is symbolic of the fact that it had a magnificent structure and exceptional size.

There is civilization in the interiors of the Sarai and it has been provided for agriculture. There are 120 numbers of small rooms or Hujras and the four sides of the Sarai has four gates. There are two wells, of which one is damaged and is discontinued of any usage and is adjoining to a mosque, which is in the centre of the courtyard. The other well is used for irrigation. The construction pattern of the Sarai drives home the fact that there could have been a deployment of a small contingent of soldiers into the Sarai for the guarding and inmates and to ensure that they were safe.

Fatehgarh- Sahib is a famous place for its tombs and other historical monuments, which is located at a distance of 19.2 kilometres from Khanna. Some of the places, which are worth visiting there are das Nami Akhara, Gurudwara Shahid Ganj, Archaeological Site Museum, Sant Namdev Temple at Bassi Pathana, Tomb of Nabis at Bras and many other places. 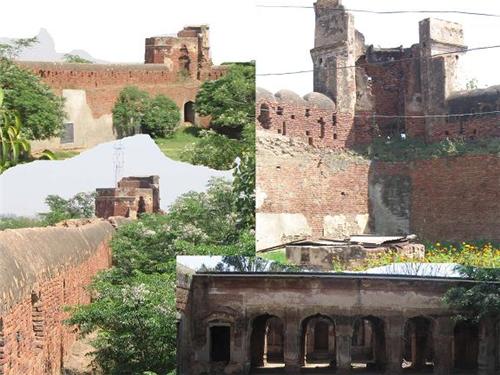 At a distance of 59.6 kilometres from Khanna is this beautiful place, named Rupnanagar, which has some beautiful and religious Gurudwaras like the Anandpur Sahib Gurudwara, the famous Bhakra Nangal Dam and the jateshwar Mahadev Temple.

There are many other places of importance near Khanna, which should be visited, like the place named Payal, which is at a distance of 17 kilometres from Khanna, has a fort and a ancient Mahadev Temple. Other places that are worth paying a visit are Hardy’s World, Durbar Hall Museum and Lodhi Killa situated in Ludhania (45 kms from Khanna).

How to reach Khanna

One can reach Khanna, by means of Air travel, Railways and by Road.

By Air: The Ludhiana airport is the nearest airport to Khanna, from where you can get a local taxi or a bus, to take you to the town.

By Train: The railway station in Khanna, is known as the Khanna Railway Station and is well connected with Chandigarh and other railway stations of the country. There is a presence of Intermediate Public Transport, which help passengers commute from the railway station to the city. There are more than hundreds of passenger trains that function in and out of the station and cater mainly to the Ambala- Khanna and Ludhiana-Khanna route.

By Road: The bus service in Khanna is also very good and there are ample number of buses, which ply in adequate frequency between Khanna and other cities like Delhi, Jalandhar, Chandigarh, Mohali and Ludhiana. A very good experience and professional services are offered to the passengers by some of the best bus operators of Khanna, namely, Kapoor’s Travels, Khanna Travels, Shanti Travels and Punjab Roadways.